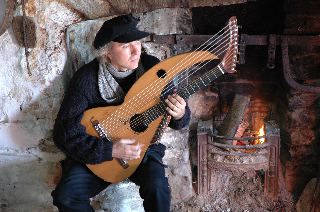 He has performed with a diverse range of artists including pop star Donovan, folk legend Burl Ives, Muriel Anderson, jazz ace Larry Carlton, Mason Williams (of “Classical Gas” fame), as a member of the The New Christy Minstrels® with Randy Sparks, among others and his virtuoso playing and arranging has attracted praise from no less a guitar luminary than Chet Atkins. 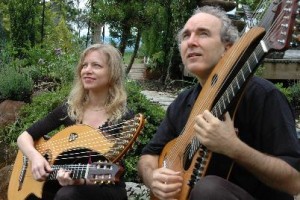 Performances by John Doan are hailed as a magical and musical storytelling adventure filled with songs that sweep you away with laughter, tears, and dreams. He has performed internationally and throughout North America in concerts and at festivals including Primal Twang, Faerieworlds International Faerie Festival, Northwest Folklife, The Nordic Guitar Festival in Sweden, Lewes Guitar Festival and Brighten Festival in England, Festival International de Jazz de Montréal, The Atkins-Dadi Guitar Players Association and the Six Bars Jail Festival in Italy, and Kirchenfest in Dresden, Germany.

John Doan is an author of various articles and lecturer on music, the music business, entrepreneurship, classical guitars, music history, and harp guitars. He is a frequent contributor to books on classical guitars, specifically the harp guitar and harpolyre. John contributed a chapter to “Between the Strings – the Secret Lives of Guitars” a veritable compendium of the world’s greatest guitarists with introduction by B.B. King. His upcoming article “The Muse in Music and Amusement” will be featured in “A Musical Life” published by Columbia University Press.

John has appeared in numerous publications including the Washington Post and Billboard Magazine as well as staring in two much-loved television specials produced by Oregon Public Broadcasting: “A Christmas to Remember With John Doan” (seen on PBS) and his Emmy nominated “A Victorian Christmas With John Doan.” His recordings on Hearts of Space Records have been nominated for “Best Celtic Album of the Year” with Eire – Isle of the Saints winning that title. His music has also been featured on numerous prime-time television and movie productions including Walt Disney, among others.

He has produced videos “A Celtic Pilgrimage with John Doan” and a 90 minute documentary that he wrote and starred in titled “In Search of the Harp Guitar.” John hosted an International Harp Guitar Festival at Willamette University where he was an Associate Professor of Music as well as conducted numerous Harp Guitar Retreats at his home in Salem, Oregon.

As a public speaker, John Doan’s inspirational presentations often include his music as he shares motivational lessons learned as an entrepreneur, music historian and researcher, and specialist in creative expression, development, and problem-solving. He’s spoken to businesses, business conferences, leadership conferences, and technology conferences on creativity, entrepreneurship, and the music industry today.

In 2014, he was honored with the International Brand Personality Award by The BrandLaureate:

It is whispered that blissful music found on Earth is in fact divine in origin, with the musician having paid the price to be inspired to siphon it Earthward for the benefit of all. John Doan represents such a talent; one who adorns his own creative pursuits with his instrument of choice being the seemingly ‘lost-in-time’ harp guitar.

John is truly honoured to be invited to share his musical perception and to reflect upon his experience in melody making and is grateful to have received the prestigious BrandLaureate International Award last August – a catalyst that motivates him to expedite his work whilst encouraging others to pursue their tuneful aspirations.

He and his wife Deirdra live in San Diego, California in a canyon that looks out to the mountains of Mexico on one side and the city center and ocean on the other.

You can also learn more about John Doan on Wikipedia.

Professor of the Year Awards