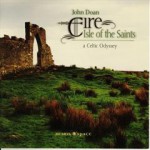 In an ancient cottage on Aran Isle in Ireland, John Doan plays for his fellow pilgrims on his own pilgrimage after completing the album, “Eire – Isle of the Saints.”

At the 2006 Guild of American Luthiers Festival (GAL) in Tacoma, Washington, John Doan performs his best known tune, “Farewell,” from his A Celtic Pilgrimage and Eire – Isle of the Saints.