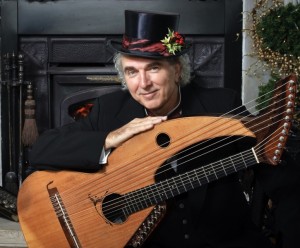 “John Doan breathes new life into musty tunes with his pristine, intricate picking, which is laced with the delicacy of a snowflake … that evokes the nostalgic, mystical side of Christmas and leaves the shopping mall sentimentality behind.”
Billboard Magazine

The “Christmas Unplugged – Reclaiming the Holiday Spirit” Concert with John Doan was a much anticipated annual concert tour through North America that had been celebrated for 32 years!

The Emmy-Nominated show explored how the Victorians invented many Christmas traditions we remember and quite a few we have forgotten.

Why is Christmas Unplugged Incredibly Unique? 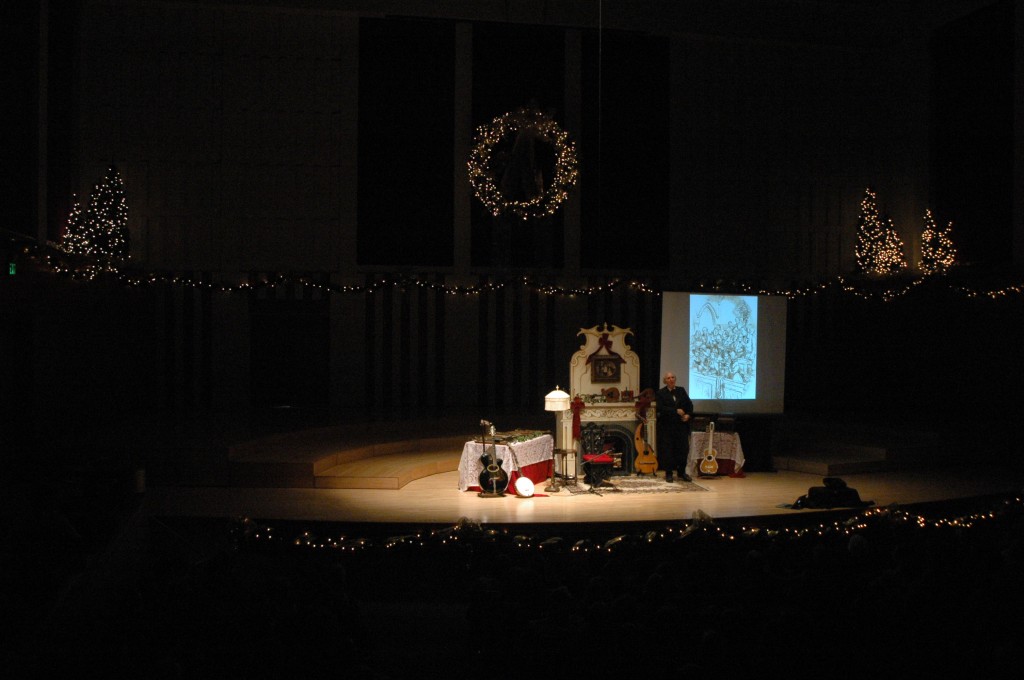 The concert recaptures the feeling of a time before radio, TV, computer games, DVD, CD and MP3 players provided most of our musical home entertainment. Amateurism was very much alive back then, and people actually entertained themselves, especially at the holidays.

During the concert, Doan played over a dozen late nineteenth-century instruments such as the harp guitar, classical banjo, chartola, and ukelin, all original American instruments. These instruments were once popular in American parlors, on vaudeville stages, and in mandolin orchestras. John Doan’s imaginative storytelling, paired with physical comedy, takes the audience on a tour through the history and evolution of social interaction through music that is both informative and entertaining.

The multimedia concert is accompanied with a slide show of old catalogues and archival photographs, sharing the origins of many of our American carols and Christmas traditions.

The audience became part of the show by singing (or whistling) along to a nineteenth-century accompaniment. Twenty-one arrangements and medleys of favorite carols are performed on dozens of traditional Americana musical instruments along with several arrangements from his Wrapped In White album. After the concert, the audience was invited to come up on stage for a closer look at the fine craftsmanship that produced these vintage instruments. 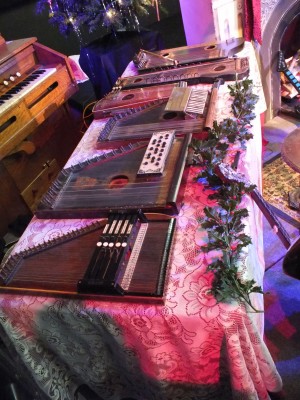 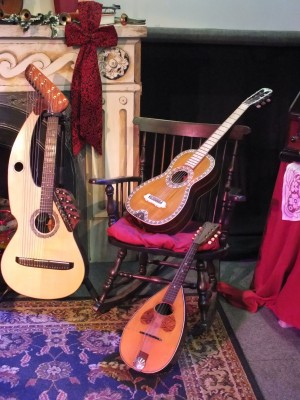 “John Doan, putting a new twist on the standard Christmas concert, brought that 19th-century tradition of homemade music to life… communicated the charmingly casual joys of the popular music of an earlier day and made the experience accessible to today’s listeners.”
The Oregonian 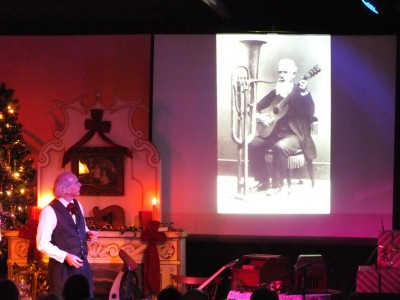 “As the audience left the theater they frequently commented on how entertaining and informative the program was and how much they enjoyed John’s humor.  Most touching, though, were the people who told me that it made them think about music as something other than a spectator activity–that music can be something personal that brings people together and enriches their lives.”
Corvallis Folklore Society, Corvallis, OR

“Thanks for a great evening of entertainment that was much appreciated by our capacity audience. The Christmas Unplugged – Reclaiming the Holiday Spirit” Concert was the highlight of our “Christmas at the Lincoln” weekend. Your stories, slides, and above all your high level of artistry on an amazing variety of vintage instruments made for a wonderful performance. The antique decorations were also a big hit with the audience as was your willingness to stay afterwards and talk to the many people who came forward to see the instruments.”
The Lincoln Theatre, Mount Vernon, WA

“John was literally Mister Christmas as he cast a spell over our rural audience… His offering is more than just a concert. It makes the past as if it were the present through an audio-visual treat for the whole Family.”
Clatskanie Arts Commission

“John’s music style delighted the audience. His particular gift for storytelling added meaning to each piece that he played… His Christmas concert included fascinating stories of Christmas’ past and beautiful holiday music on many unusual instruments from his collection. It was truly a pleasure to work with John Doan. His press material was well-prepared and delivered in a timely manner. His relaxed style made set-up and preparation for his concerts fun and even educational.”
Clatsop Community College, Astoria, Oregon

“Your event was absolutely beautiful, educational and amusing.  The audience simply loved it and after the show almost floated out the door. What a lovely way to kick off the season.” Old Town Center for the Performing Arts, Cottonwood, Arizona